Yeah, I get the picture. But the Universal Law of Youth and Beauty in our society is changing.  However, maybe someone needs to tell the publishing world.  Compelling stories of women aging way past the deadline are popping their stubborn heads up with more force now than ever.  The current movie marquees say it all.  “Still Alice,” an award-winning tale about dementia with the ever-formidable Julianne Moore, age 54 .  “Cake,” with the eternal girl next door, Jennifer Aniston, 46.  And, God bless her, Meryl Streep, “Into the Woods.”  Meryl Streep is 65.
So my little sis Amanda, who is now 44, has just burst upon the literary world with her first book, THE NORTH SIDE OF DOWN, a true story she co-authored with me.  A Memoir with Moi.  The story is special not only because Amanda has Down syndrome, but because it is injected throughout with her slapstick, underestimated flair for comic genius.  Despite losing both her parents, and subsequent horrific treatment by some of her siblings, she maintains a dignity that surpasses everyone else in the story, including myself.

We self-published the effort at end November 2014, and have received an overwhelming positive response from readers.  But our venture into mainstream publishing isn’t panning out the way we hoped.  Among the slew of publishers we have contacted, only one responded so far.  They told us that parents of people with disabilities want to read stories about babies, not people in our age group.  Since then, I am hearing from other sources that the publishing world doesn’t generally acknowledge stories about women over 30.

I knew our story would be an important message to families of people with disabilities, and maybe to families in general.  But I never anticipated having to lobby for the cause of the still-useful, still-significant Middle Aged Woman.  Jeesh, folks, really?  Haven’t we evolved father than this?

Whomever made the rule that a woman’s life ends at 30 needs to take another look.  We’re just getting started.
Posted by Unknown at 11:11 AM

Labels: amanda, books, disabilities, down syndrome, movies, The North Side of Down

Very true. I very much admire you for pioneering these causes - older woman and Down's - and for the library and school visits you do with Cliffy). Times are definitely changing...I recently saw an article about a young woman with Down's who dreams about becoming a fashion model. Keep it up - you are an inspiration to the rest of us!

Promote Your Page Too

Clifford on the News

Welcome from Reva Ridge Farm in Southeast Michigan! This is home to the notorious Morgan horse, "Clifford of Drummond Island" and his buddies. Check here for Clifford updates, new art pieces, book signings, new stage shows, my Etsy store, movie reviews, or whatever other stuff might be significant, at least temporarily!

Clicker Training with Clifford at the Novi Horse Expo 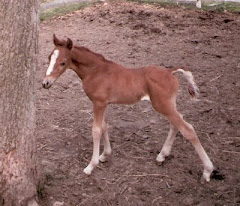 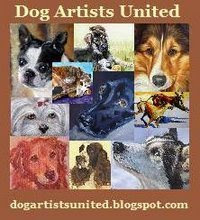 One of My Favorites...